The Turtles of the High Country

Find this article at:
go.ncsu.edu/readext?803345
— Written By Jim Hamilton

With Spring transitioning into Summer in the High Country region of western North Carolina, our native wildlife is out and about, and encounters with animals become more frequent on our roads, trails, parks, greenways, farms, and forests. While snakes are the reptiles that receive the most attention via random encounters, jump scares, and social media posts, there are a number of turtle species that are also common in the mountains and often seen in our roadways, woods, and waterways.

The eastern box turtle is the only terrestrial turtle found in the state. In 1979, it was chosen to be the North Carolina State Reptile. Yep, that’s actually a thing. They’re black and brown with radiating yellow-orange markings appearing on each scute or ‘scale’ on the turtle’s shell or carapace. Box turtles actually have a hinge on the front bottom part of their shell that allows them to retract their head into the shell, giving them protection from predators and the curious hands of the kids. Here in the mountains (and anywhere in the state, really), you can find them during the spring or summer wandering the woods after a rain shower when they’re out looking for food. 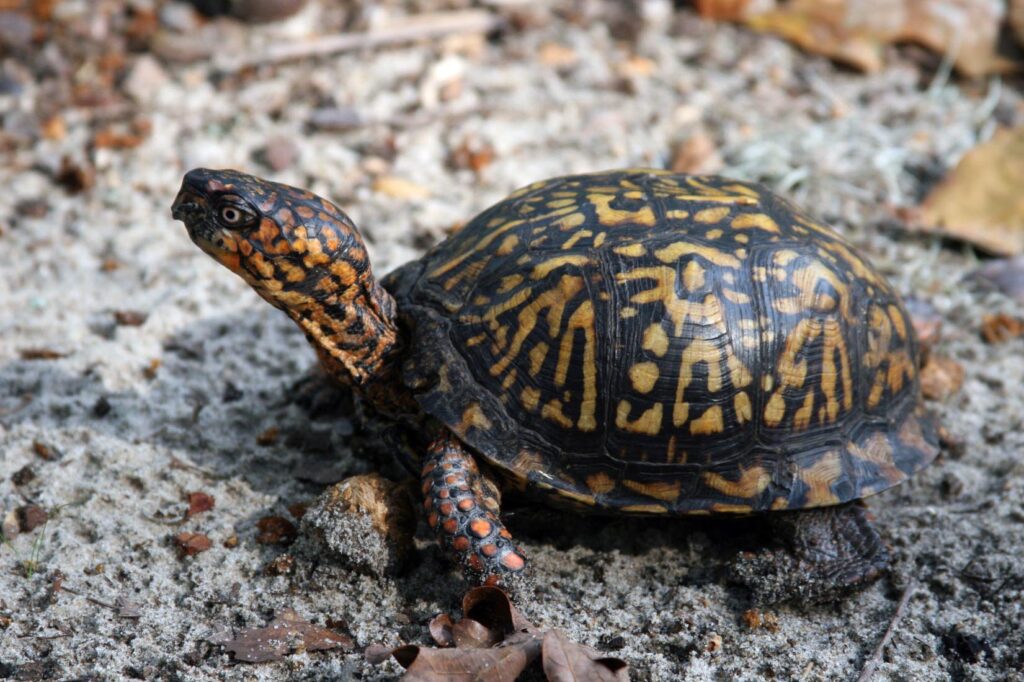 They eat everything from earthworms to berries and other vegetation. In the fall, they bury themselves underground in a shallow burrow to survive the winter. While box turtles are long-lived species—they can live up to 100 years—most live for 30 to 40 years in the wild. The biggest threat to this turtle is death by auto. So, if you see a box turtle on the road and it’s safe to pull over, give it a lift across the road in the direction it’s traveling. Box turtles tend to do well in captivity, but while the kids may enjoy playing with them, it’s the best idea to let them be. Keep our wild animals wild.

Another species you might see along the rights of way here on our roads or around our ponds is the common snapping turtle. It has a brown or black upper shell and a lighter colored lower shell with a big head and a neck that can extend. These turtles also have a long tail and webbed feet. While you may see them on the edge of ponds or near still water, they will move across roadways trying to get from one water source to another. Female snappers often get caught on the roadways in the spring and summer as they move onto drier land like pastures and forest edges to lay their eggs. While not as popular as in the past, snapping turtles are still harvested for human consumption—a main species used in turtle soup. Snapping turtles can get pretty large…40-60 pounds…and are not very ‘pleasant’ when handled. That long neck can get that snappy head close to fingers, and they will bite and urinate on you when handled. Not the best pets. If you DO decide to pull over to move one across the road, handle these from the back part of their shell. 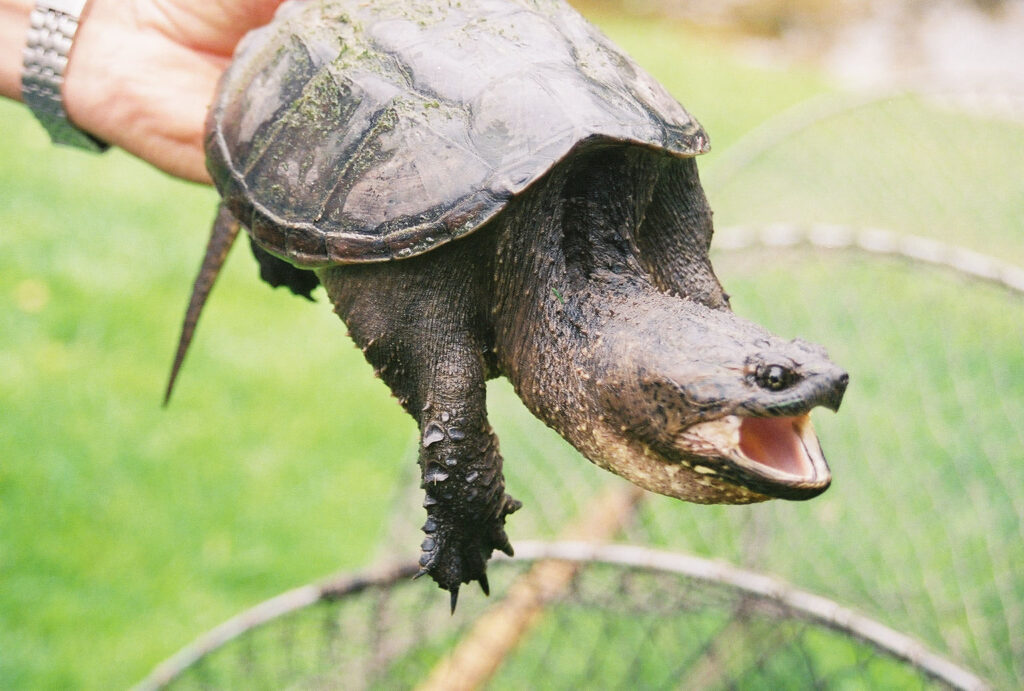 Other turtles you might see in ponds or other water bodies in the mountains are painted turtles, musk turtles or stinkpots (that look like miniature snapping turtles). There’s also the very rare bog turtle. Bog turtles, which are the smallest species of turtle in the US, only measure around 4 inches when fully grown and spend most of their time buried in the mud in higher elevation wetlands of the mountain counties. Habitat destruction and collection for the ‘under the counter’ pet trade has reduced their numbers over the years. 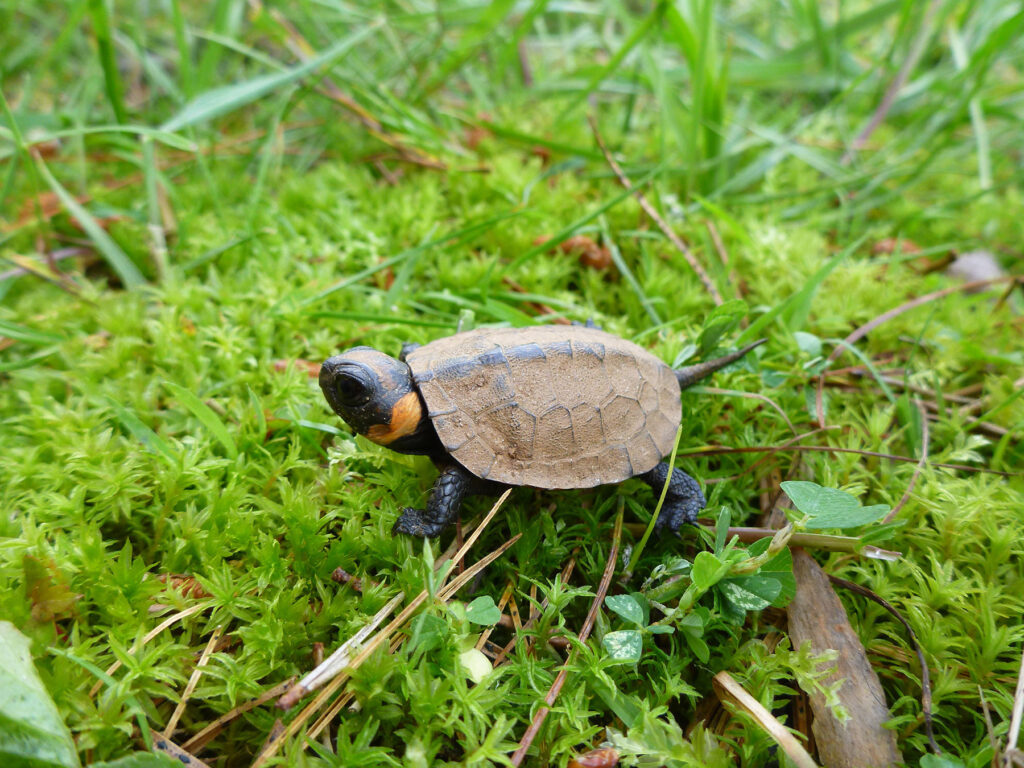 Turtles, like our other reptile and amphibian species, are an important part of our mountain ecosystem and as with many of these animals, WE are their biggest threat. So, if you see that turtle crossing the road, give it a hand if you can, SAFELY. For a turtle found in its natural environment…”if you care, leave it there.”